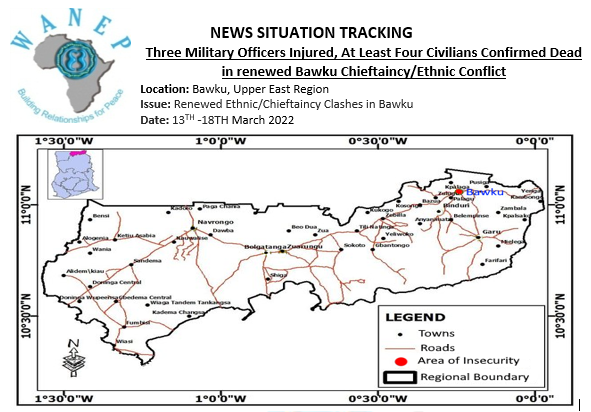 At the heart of the Kusasi-Mamprusi conflict is an accumulation of issues about litigations over allodial rights and chieftaincy. Both the Kusasi and the Mamprusi claim allodial ownership of Bawku. Such claims are cloaked in their narrative histories of origin and derived from claims of autochthony.

On Wednesday, November 24, 2021, the Ministry of the Interior imposed a dusk-to-dawn curfew on the Bawku Municipality and its environs in the Upper East Region following renewed chieftaincy disputes in the area. Besides, the curfew were two bans, one on carrying of arms, ammunition, or any offensive weapons and the other on wearing of smock in the affected communities, were instituted and renewed subsequently. Read More Here